Appearing under birch trees, this summer and autumn bolete is one that even inexperienced fungi foragers are unlikely to confuse with any of the dangerously poisonous gilled mushrooms.

Leccinum scabrum is a very common mushroom, but that doesn't mean that its identification is easy. As with all members of this deceptively difficult group, confident differentiation of the various Leccinum species requires study of both macroscopic and microscopic features.

Various forms of this bolete were formerly treated as separate species - for example Leccinum rigidipes, Leccinum avellaneum and Leccinum roseofractum - but molecular studies have not supported these differentiations at species level. A pale-capped form was - Classified as Leccinum avellaneum (J. Blum) Bon. This is a very variable mushroom, and just occasionally you may come across a 'Brown' Birch Bolete whose cap is almost pure white!

Frequent in Britain and Ireland, the Brown Birch Bolete is also common throughout most of mainland Europe, from Scandinavia right down to the Mediterranean and westwards across the Iberian peninsula. Leccinum scabrum is also very common in North America. 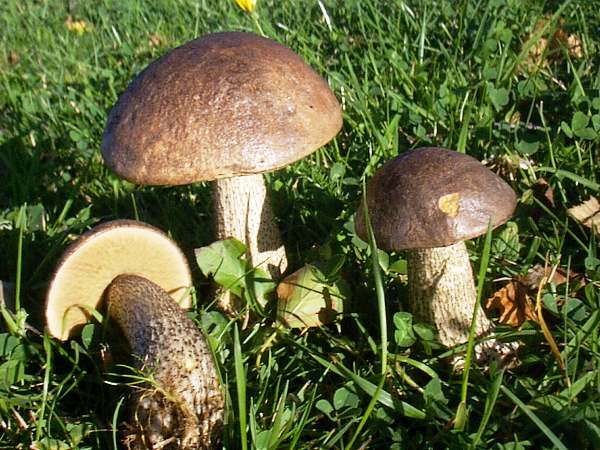 Leccinum, the generic name, comes from an old Italian word meaning fungus. The specific epithet scabrum means with scabers - a reference to the rough or scurfy surface of stems of this species.

Leccinum scabrum is generally considered to be a good edible mushroom and can be used in recipes that call for Ceps Boletus edulis (although in both flavour and texture a Cep is superior). Alternatively, use Brown Birch Boletes to make up the required quantity if you do not have sufficient Ceps. 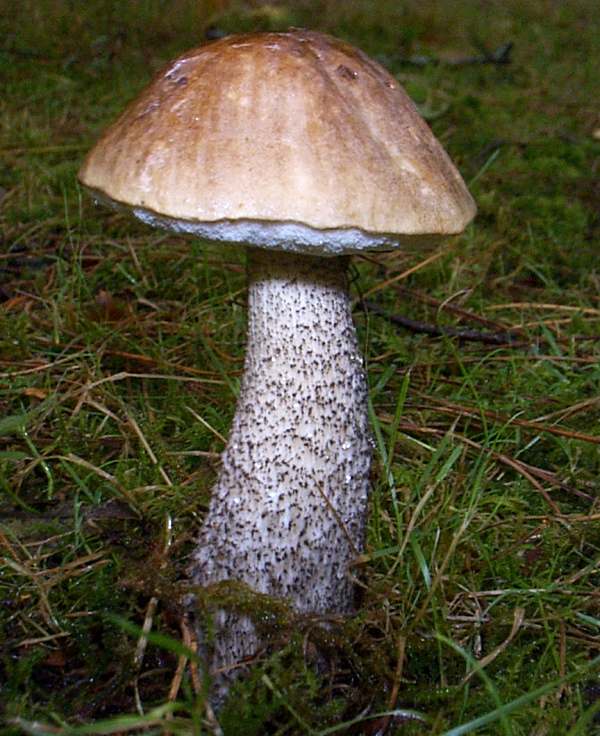