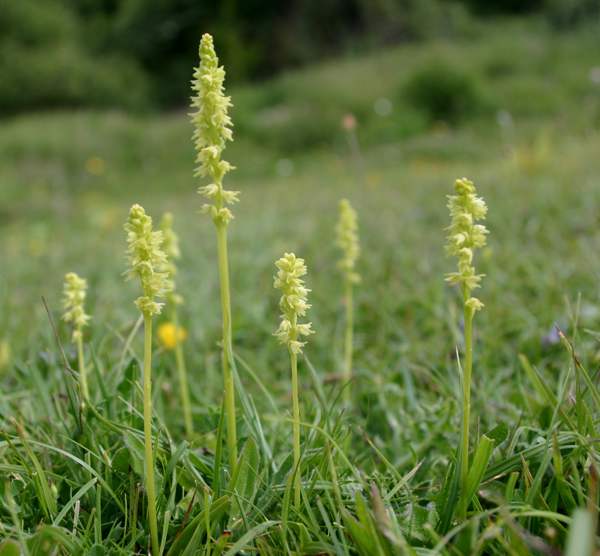 This wonderful reserve, which is owned and managed by the Hampshire Wildlife Trust, is one of the best examples of chalk grassland and scrub mosaic in the UK.

Noar Hill nature reserve is about a mile from Selborne, in Hampshire. There is an access point with limited parking space on the verge near to the start of an access track. If you enter GU34 3LW into a satnav system it should take you to within 50 metres of this spot (pictured below):

From this parking position, take the track to the left. After about 100 metres a narrow path on the left leaves the track; take the narrow track which, in a further 100 metres, brings you to this gated entrance to the nature reserve:

Originally medieval chalk pits, Noar Hill is now a refuge for numerous plants that have colonised the disturbed chalk, some of which are nationally rare, including the Musk Orchid Herminium monorchis and the Frog Orchid Dactylorhiza viridis. June is the best time to visit to see these orchids and many of the other nine species present there. Earlier in the year, there are lovely displays of Cowslips Primula veris and also Early Gentian Gentianella anglica, an endemic species which is increasingly under threat.

As a consequence of its diverse flora, Noar Hill is also well known for the number of butterflies that can be found there, and over 35 breeding species have been recorded on the site. There are good populations of Duke of Burgundy Hamearis lucina and Brown Hairstreak Thecla betulae butterflies, and other rarer species such as the Silver-washed Fritillary Argynnis paphia are present in good numbers. This is also a good site for the Small Blue Cupido minimus, whose larvae feed on Kidney Vetch Anthyllis vulneraria, which is plentiful on the reserve.

Even the strange Fairy Shrimp Cheirocephalus diaphanus puts in an appearance at Noar Hill. This invertebrate lives in the puddles on rutted tracks after rain but its eggs survive the dry periods in between the showers. On warm summer evenings it might even be possible to see glow-worms and hear the Nightingales that live in the woodland and scrub on the reserve. 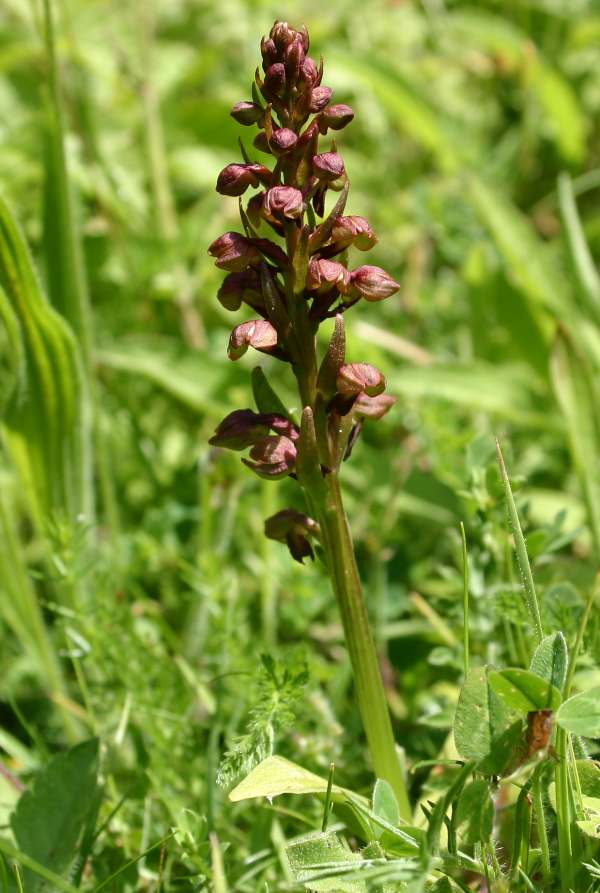 Noar Hill is only amile south of Selbourne, a village well worth visiting not least because it was the home of Gilbert White, one of the first English naturalists to record his observations of wildlife in a systematic way. The house in which he lived for most of his life, and the garden where he made many of his observations, have been restored using the notes that White left about them. Gilber White's carefully preserved journals, in which he recorded his nature studies, and his books are still an inspiration to natualists today. The house and garden are open to visitors all year round.