This vast nature reserve extends from the little town of Salema westwards around the coast at Cape St Vincent itself and then northwards as far as Odeceixe on the way up to Lisbon on the western coast of Portugal.  It was established to protect and preserve the outstanding beauty of the coastline and also the region’s unique flora and fauna.

Although there is no information centre for the Park, signs on the roads running throughout the area alert you to the fact that you are entering the reserve.  There are numerous towns and villages within the Park and they all have their share of cafes, shops and toilets, so there is no shortage of facilities if you choose to spend a day visiting the area.

The dramatic, 100 metre high cliffs at Cape St. Vincent consist of hard dolomitic limestone very unlike the sandstone cliffs with which the Algarve region is generally associated. The numerous plants that inhabit the limestone cliffs have capitalised on the sand which, as a result of filling the cracks and fissures in the rock, maintains a higher level of moisture than would generally be found in this inhospitable and windswept environment.

Apart from the unique plantlife within the park, the area is also famous for its birds, some of which nest on the rocks and cliffs while others use this ‘first and last post’ in south-western Europe on their migratory journeys.  Other animals can be found in the Park, too: Otters, Gennets, Badgers and the Egyptian Mongoose are reported from the area, and the Park's woodlands are home to Wild Boar.

Apart from the unique flora at Cape St Vincent, the Park is home to many of the plants and flowers for which the Algarve region is so well known.  On the windswept cliffs at ‘The End of the World’, as the Cape was known in the Middle Ages, Cistus palhinhae dominates.  This cistus closely resembles the Gum Cistus found throughout the rest of the Algarve, but the flowers of this species do not have the maroon spots on the petals found on Cistus ladanifer. Other special plants found at the Cape include Linaria Algarviana, Algarve Toadflax, Scilla vincentina as well as Shrubby Violet (Viola arborescens) – a rare plant only found here and at Cape Trafalgar in Spain.  Both the creamy-yellow and purple-flowering types of Honeywort (Cerinthe major) are common as are both colours of Bellardia (Bellardia trixago).  Yellow and red wild Snapdragons (Antirrhinum spp.) flower at the cape, and some of the many broomrapes appear there, including the majestic Orabanche foetida. 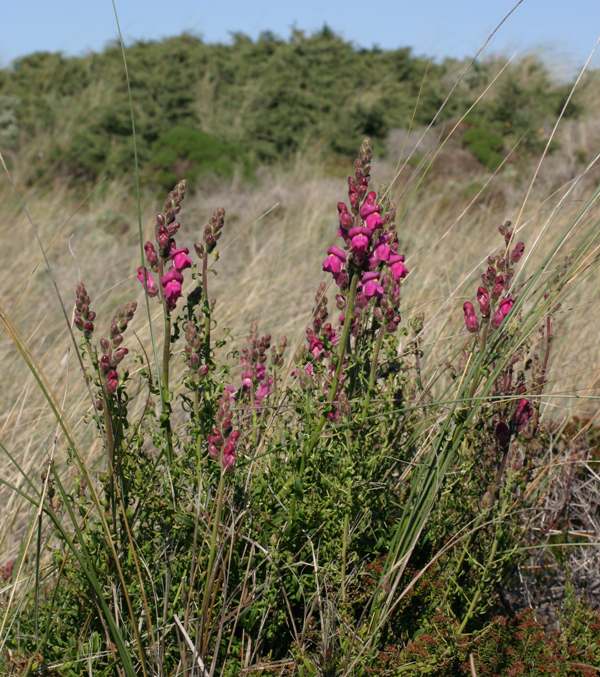 Various parts of the park are also home to many of the wild orchids of the region including Ophrys speculum, the Mirror Orchid, and its rare subspecies lusitanica (formerly known as Ophrys vernixia); Ophrys bombyliflora, the Bumblebee Orchid; Ophrys tenthredinifera, the Sawfly Orchid; Orchis anthropophora, the Man Orchid; Orchis italica, the Naked Man Orchid; Serapias cordigera, the Heart-flowered Tongue Orchid; and Serapias parviflora, the Small-flowered Tongue Orchid.

Cape St Vincent and the rest of the Park is an area of major importance for resident, visiting and migratory birds, and if there at the right time there are lots of special treats in store for the bird lovers, who arrive in flocks almost as large as some of the migrating birds.  In spring, Nightingales and Golden Oriels arrive along with many other passerines. Vast numbers of migrating birds move along the coast, including Griffons, White and Black Storks, Egyptian Vultures and Booted Eagles. Nesting birds include Choughs, Shags and Swifts.

There is much on offer in the area for the archaeologists and historians among us. The megaliths between Sagres and Vila do Bispo speak of prehistoric occupation, and there are remains of both Roman and Phoenician settlements. Remnants of irrigation systems and wells date back to Moorish times, and there are churches from the 15th to 17th centuries dotted about in the towns and villages within the Park.

More about the Algarve and its wildlife...