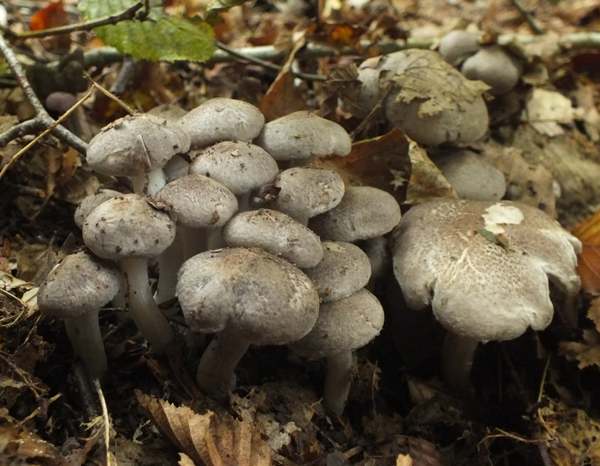 A common find under broad-leaf trees, Tricholoma scalpturatum has several lookalikes in the genus Tricholoma and separating them with confidence by macroscopic characters alone requires very careful observation of cap, gill and stem features and textures; however, if you have access to a high-powered microscope then this is one of the easiest of the many so-called 'knight' species to identify, since its spores are unusually narrow (for a Tricholoma, that is). 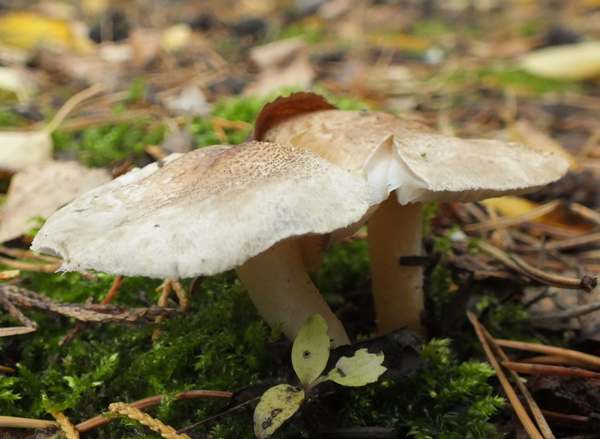 The Yelowing Knight appears in summer and autumn, often in small scattered groups beneath mature beech, lime and oak trees but occasionally with other broadleaf trees or with pines. The specimens shown on this page were growing under Silver Birch Betula pendula in a pine copse. 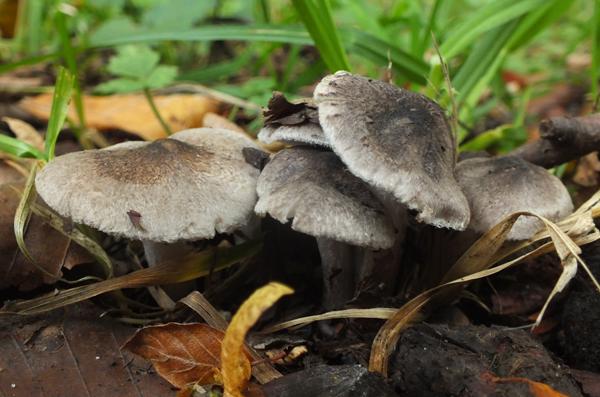 This is one of the more common of several scaly-capped 'knights', and it is found throughout Britain and Ireland. This woodland mushroom is found also in many countries on mainland Europe. 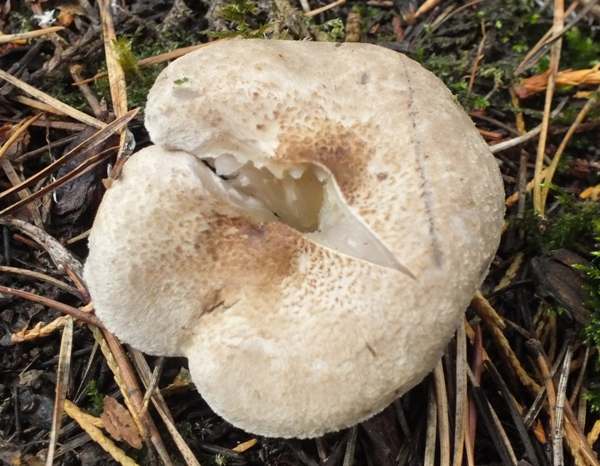 When Elias Magnus Fries described this mushroom scientifically in 1838 he established it basionym, giving it the name Agaricus scalpturatus. (In the early days of fungus taxonomy, most of the gilled mushrooms were included initially in the genus Agaricus, but the vast majority have since been relocated in other newer genera to leave on the 'true mushroom' in a more manageable Agaricus genus.) It was French mycologist Lucien Quélet who in an 1872 publication established the currently-accepted scientific name as Tricholoma scalpturatum.

The generic name Tricholoma means 'with hairs on the edge', which is true of only a minority of species in this genus. The specific epithet scalpturatum means scratched or engraved - a reference to the scales on the surface of the cap of this mushroom.

Tricholoma scalpturatum is reported to be edible although rated no more than of moderate quality. Accurate identification is essential, however, as some members of this genus are poisonous, making it dangerous to include any but the most distinctive of of the 'knights' in mushroom dishes. Because Tricholoma species are notoriously variable in appearance, we do not include any of them in our own mushroom menus.