Yew trees are native to Britain and particularly common in England and Wales, where they have been planted in many churchyards. These evergreen trees grow very slowly and live for many hundreds of years. Some old yew trees are believed to be over 2000 years old. Longbows were made from yew, and this durable wood has been used in turning wooden bowls and as a veneer by furniture makers. 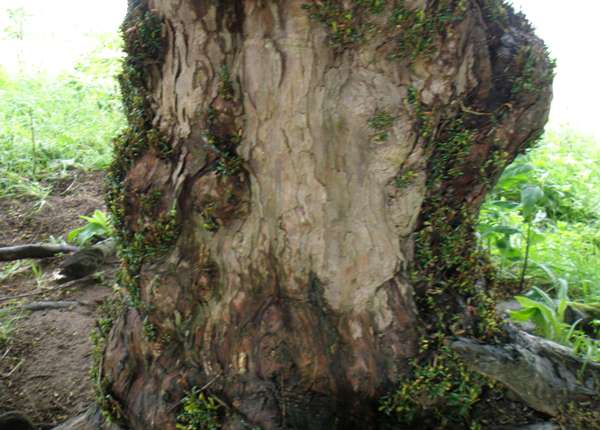 Unlike the specimen shown here, many yew trees have trunks formed by a coalescence of several stems, and they tend to become hollow when they grow old.

In early spring the yews can be seen in flower, and in late summer the fruits appear. The seeds contain a poisonous alkaloid. The fruits, with their bright arils (the fleshy covering over the seeds), look at first like small acorns, but they ripen into bright red berries. It is the seed inside the fruit that is poisonous.